Great American Entrepreneurs and Their Garages

What do you do use your garage for? To park your car? Maybe to store a few things? If you’re handy with tools, maybe that’s where some of them reside. But the garages of our homes aren’t just boring empty boxes, waiting to be filled by the things we can’t keep inside the house. Since garages became a standard part or accompaniment to American homes in the mid-20th century, they’ve become the incubators, the safe space, and the meeting place for some of the most inventive and influential creators of our time. 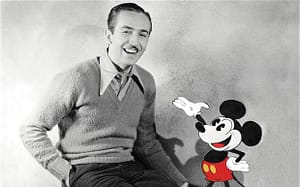 Like most of the innovators on this list, Walt Disney’s career didn’t really begin in a garage – but there was a garage that played a critical role in his future success. Disney developed a talent and interest in drawing at an early age. Before he was even a teenager, he was taking Saturday classes at the Kansas City Art Institute. After his family moved to Chicago, the teenage Disney became the cartoonist for his Chicago high school and took evening classes at the Chicago Academy of Fine Arts. By 1919, he had received his first paid job as an illustrator, drawing for advertising and theater programs with the Pesmen-Rubin Commercial Art Studio in Kansas City.

Disney’s interest in cel animation paid off when he and a colleague began making short cartoons for a local theater. The 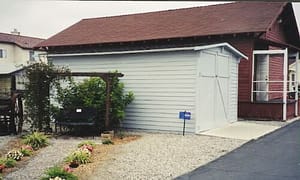 popularity of these shorts gave Disney and his partner the ability to expand their business, as Disney began production of Alice’s Wonderland, combining live action and animation. Disney soon moved to Hollywood, where his brother lived, and he attempted to sell Alice’s Wonderland to film distributors. He and his brother Ray eventually signed a contract to produce six Alice cartoons and together the brothers formed the Disney Brothers Studio. Their uncle Robert Disney provided the brothers with a place to live and a place to work: his one-car garage in back of his house. This garage is where Walt and Roy Disney filmed the Alice Comedies.

While Uncle Robert Disney’s garage wasn’t the beginning of Walt Disney’s career, nor did it lead to the clearance of every struggle on the pathway to success, it was the spot where the Disney brothers planted the seed that later became one of the highest-grossing media conglomerates in the world. There was much more to Disney’s success than a simple garage, but genius always needs a place to ply its trade.

If you want an affordable but durable and powerful flashlight, you probably want a Maglite. And I bet Tony Maglica could’ve used one of his own flashlights in his garage in 1955 when he started Mag Instrument, Inc. Out of all of the garage-based stories we’re telling today, Tony Maglica’s story is probably the most classic. 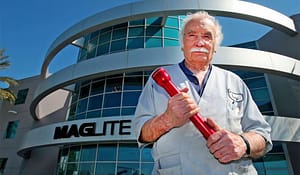 Maglica was born in New York City but his mother took him back to her native Croatia when he was still a baby, during the Great Depression. Maglica grew up and learned a trade as an experimental machinist, which would be the key to his later success. After World War II, Croatia was in shambles and the Communists were in control so Maglica left and headed back to Croatia, speaking almost no English at all.

Maglica worked odd jobs as a machinist in and around Ontario, California as he slowly learned English, one word at a time. Once he had saved $125, he made a down-payment on a metal lathe, which he used to create manufacturing precision parts in his garage-based shop. Maglica’s determination, hard work, insistence on precision, and his ability to keep production costs low allowed him to build a manufacturing empire.

Mag Instrument was incorporated in 1974 and introduced the Maglite flashlite in 1979. Today they have annual sales in excess of $150 million. Of course, Maglica has long since turned his original workshop back into a space to house his cars and has moved his enterprise into a modern production facility. 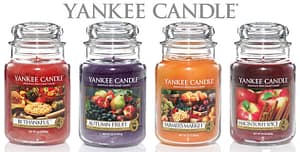 Technically, Yankee Candle Company started production in Mike Kittredge’s parents’ kitchen but production concerns soon necessitated a move to a larger space: the garage. The garage is, of course, a likely place for teen entrepreneurs. Too young to be able to afford or even legally rent their own spaces, teens have to use their homes to innovate. But of course, mom and dad aren’t always so keen on the crafts of their children’s trades all over the dining room table. So the garage it is. 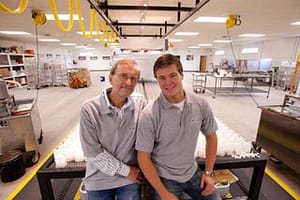 Kittredge began by creating a homemade Christmas present for his mother, from items he found around their home: an old red crayon, some standard kitchen wax, a piece of string, and an empty milk carton. A visiting neighbor was so charmed by Kittredge’s creation that she bought it before he could give it to his mother. With the profit, he purchased supplies to make two more candles. And so an industry was born.

Kittredge began by selling candles made in his parents’ garage at school and to friends and a few local stores but business grew rapidly. Within three years, production was moved out of the garage into an old paper mill in Holyoke, Massachusetts. Of course, the old paper mill wasn’t exactly the Ritz: monthly rent was only $80. Granted, it had no heat, running water, or electricity. Seems like it might have actually been a step down from the garage!

Within a decade, sales reached the $1 million mark and in 1983, Kittredge used a small business loan to open a combination retail outlet store and factory in South Deerfield, Massachusetts and Yankee Candle exploded on the home wares scene. In 1998, Kittredge sold his formerly garage-based company for $500 million. I bet he bought his mom more than a candle for Christmas that year. 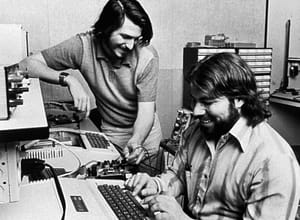 computers in a Cupertino, California garage in 1976. But the reality is that the garage itself was only one benefit these guys had that helped paved the way to creating a successful tech company.

Steve Jobs, for instance, had a great educational background under his belt by the time he and Wozniak were building computers. His mother had taught him to read at an early age, which actually almost backfired for Jobs. As a kid, he was bored in school and often created trouble. Luckily, a fourth grade teacher recognized that he was quite intelligent and simply needed the right kind of motivation to stay focused and learn. It’s quite possible that without this single teacher, Jobs would have never gone on to become the tech mogul he was.

When Jobs skipped fifth grade and was bullied in sixth grade, his parents saved every dollar they had and moved to a better school district in Cupertino, California, an area heavily populated by engineers. Jobs’ first friend at Cupertino Junior High, a fellow “techy kid,” introduced Jobs to the older Steve Wozniak, a neighbor of Jobs’ friend. Jobs’ parents were willing to make a sacrifice to ensure that Jobs and his sister received a good public school education and, as luck would have it, they moved to an area where many other people were interested in the same things that young Jobs was interested in. 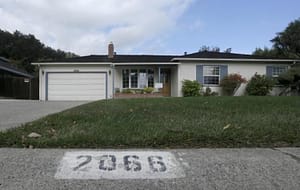 Certainly, Jobs’ own tenacity added to his chances for later success, as well. At 13, Jobs cold-called Bill Hewlett of Hewlett-Packard, asking the senior computer guru for parts for a science project. Hewlett gave Jobs a summer job at the Hewlett-Packard plant. Although his work at the plant was basic, it fueled Jobs’ interest in engineering and technology.

But Jobs wasn’t all tech all the time. As a high school student, he had developed an interest in the arts, mostly due to an inspiring English teacher and a girlfriend who was an artist. As a result, he audited a calligraphy class in college, which he later explained was the motivation for creating different typefaces and proportionally spaced fonts in the first Mac computer.

So when Wozniak showed Jobs the first Apple computer and Jobs suggested that they build more and try to sell them, they already had more going for them than many Americans could dream of. Supportive middle-class parents who were dedicated to giving their son a good education, a few great teachers, an natural inclination for technology, the guts to ask industry leaders for help, and the patience to spend hours looking for investors is what lead Apple to become a success.

Then again, without the garage, where would they have done it all?

If you ask people why a business-person might start a business in their garage, you’ll likely get answers that revolve around financial concerns: if the entrepreneur had more money, maybe they would have rented an office or a production space. But being financially strapped doesn’t seem to be the reason Jeff Bezos chose to start Amazon in his Bellevue, Washington garage. 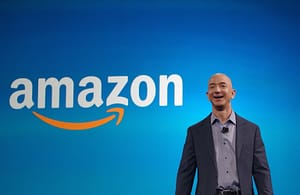 Bezos comes from a family who is one of the largest land-owners in Texas. Bezos spent summers on his grandfather’s ranch and learned young the value of the ability to tinker with machines. Bezos’ stepfather was an engineer for Exxon and encouraged his stepson’s interests in science and technology. Before even graduating high school, Bezos attended a science training program at the University of Florida and, upon graduating, went to Princeton where he received degrees in electrical engineering and computer science.

When Bezos graduated from Princeton, he went to Wall Street, where he worked for eight years. His last position in New York City was at a hedge fund where he was rumored to have made a very healthy salary. So when he quit this job and moved cross-country to Washington State to start a business in his garage, it’s not like he was starting at zero. 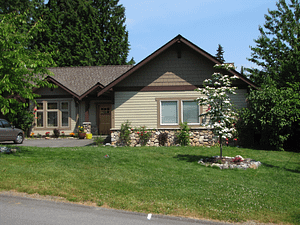 Bezos’ obvious knack for technical skills, his excellent education, including his Princeton degree, along with the money he earned during his time on Wall Street, meant that he was starting a new business from scratch, but not without plenty of experience and support. It’s likely he didn’t have to work from his garage – but nonetheless, that’s where Amazon began its life. That’s some pretty humble beginnings for the largest internet-based retailer in the world.

Garages represent possibility and innovation; frugality and passion; space and imagination. What makes your garage special? We’d love to hear about how you use your garage to expand your mind and your home life.

And one final note: did you notice that most of these garage-based industries happened in places with year-round mild weather? We recognize that’s it’s harder to use your garage as a living or working space when Chicago winters hit. But we have garage door solutions that can help insulate your garage and keep your garage warm, Whether that means less time warming up the car in the morning or a new place to start your next entrepreneurial project, a warm garage is a great addition to your home!

Scroll to Top
We use cookies to ensure that we give you the best experience on our website.
If you continue to use this site we will assume that you are happy with it.OkPrivacy policy